Please enter the article no. from our catalogue.

Welcome back!
Main page» The society

The history of the club began towards the end 2008

In late 2008 - early 2009 a few enthusiastic SEAT drivers from the Eifel-Mosel region took the decision to organize a "European SEAT meeting".
The
EUROPEAN SEAT-MEETING 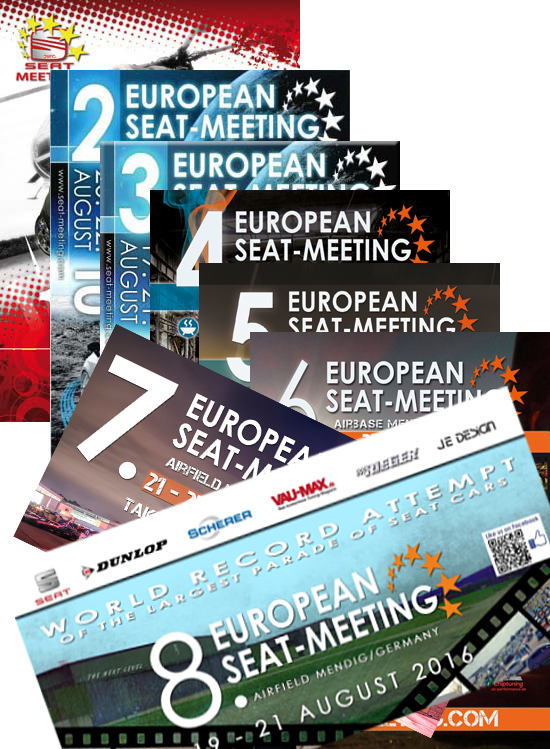 After the great success of the first meeting in 2009, we decided to found an official club, the "seatmeeting.com e.V".

We do not only organize our big annual meeting, but we also spend much time together.
During the Tuning-Season, we visit many regional, national and foreign car meetings. These include brand-bound, but also multi-brand meetings.
During the long winter months each member is trying, as far as possible, to work on his car to give it a new brilliance and a new look for the next season.
Besides the "car" topic, our club activities include regular barbecues, kart driving and excursions.

Who wants to become a member of our club can send an e-mail to info@seat-meeting.com or use our formmailer.

To learn more about us use this sites.

We hope we could arouse your interest to join our club.